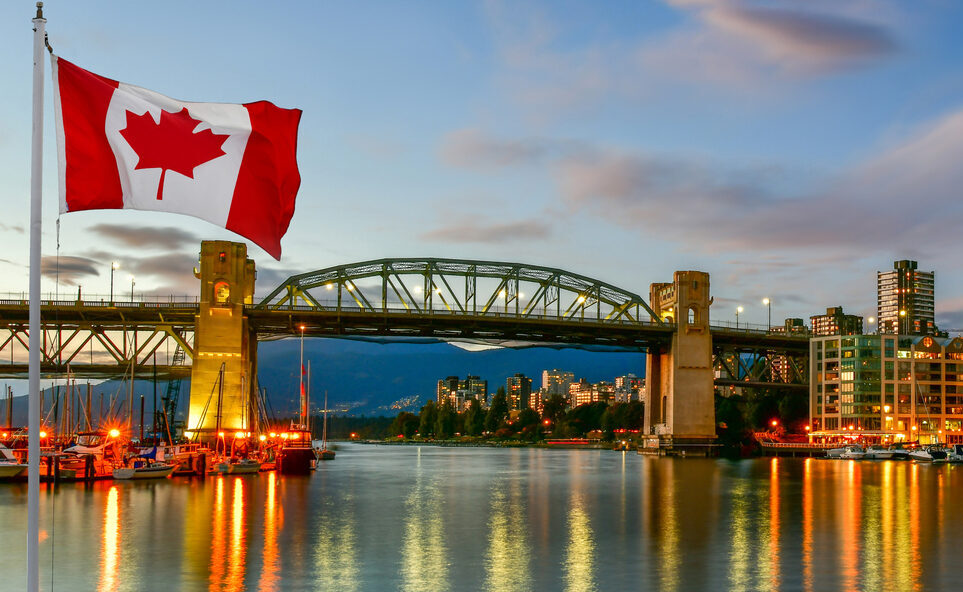 11 Dec The Provincial Nominee Program: Everything You Need to Know About PNPs

Posted at 20:54h in Uncategorized by Alison Masniuk 0 Comments
2 Likes

Is immigrating to Canada on your radar? Now is the time to make your move! Canada recently announced it’ll boost its immigration targets in an effort to bolster the economy after taking a hit from the COVID-19 pandemic. Canada’s goal is to admit upwards of 1.2 million new permanent residents between now and 2023, and they’re hoping to welcome 401,000 new permanent residents next year alone.

There’s even more good news for immigration hopefuls: There are many different ways to immigrate to Canada. Canada has over 100 immigration pathways but three main avenues: economic, family, and refugees. The economic class brings in the largest number of immigrants to Canada with 6 in 10 immigrants being selected for their skills and positive impact on the Canada economy. A growing number of these highly skilled immigrants are being admitted through Provincial Nominee Programs (PNP).

Since being introduced in the 1990s, PNPs have become the second most popular pathway to obtain permanent residence for skilled foreign workers. In 1996, only 233 were admitted to Canada through a PNP, but recently the annual targets are over 60,000.

So, is the PNP pathway right for you?

What is a Provincial Nominee Program

Most of Canada’s provinces and territories have developed their own immigration programs as a way to attract workers with specific skills. The PNP gives eleven Canadian provinces and territories the ability to customize and accelerate their immigration processing in order to fill gaps in the labor market. For example, some smaller provinces seek more doctors because they have too few, or agriculture-focused provinces prioritize welcoming farmers to keep their local economies going.

PNP applications are first approved by a province in a process that takes two weeks to nine months, depending on the province. This approval is commonly called being “nominated” by the province. Once you’ve been nominated, your application needs federal approval which usually includes medical and security checks that can take up to six months to complete.

In 2020 alone, Canada hopes to welcome 65,000 immigrants through PNPs. But how do you choose the right one?

The Alberta Immigrant Nominee Program (AINP) has two streams for foreign workers and two streams for entrepreneurs. The Alberta Opportunity Stream is for candidates who live and work in Alberta and have a job offer from an Alberta employer. The Alberta Express Entry Stream is for candidates with an Express Entry profile and want to apply for nomination for permanent residence. The International Graduate Entrepreneur Immigration Stream is for international graduates of approved Alberta universities who want to start a business or buy an existing business. And, finally, the Self-Employed Farmer Stream is for experienced farmers who plan to buy or start a farm in Alberta.

The BC Provincial Nominee Program offers three ways to become a permanent resident in British Columbia. The Skills Immigration stream is for skilled and semi-skilled workers with the skills, experience, and qualifications needed by British Columbia employers. Express Entry BC is for candidates who qualify for a federal economic immigration program and is a faster way for eligible skilled workers to gain permanent residence in B.C. The Entrepreneur Immigration stream is for experienced entrepreneurs who want to actively manage a business in B.C. or entrepreneurs who want to start a new business in participating regional communities. And then there’s the BC PNP Tech Pilot, which enables skilled foreign tech workers who are able and willing to contribute to the BC economy to easily and more quickly apply for Canadian permanent residency.

The New Brunswick Skilled Worker Stream offers one pathway for skilled workers who meet the program’s minimum eligibility requirements, have an offer of employment from a New Brunswick employer, and intend to live and work in the province on a permanent basis.

The Ontario Immigrant Nominee Program offers five immigration streams. Three of these categories are standard — Human Capital Priorities stream, Skilled Trades stream, and Entrepreneur stream — but two are unique to Ontario. The PhD Graduate stream is for international graduates with an Ontario PhD degree, and the French-Speaking Skilled Worker stream is for French-speaking skilled workers with strong English language abilities.

The Yukon Nominee Program offers one pathway for skilled workers who meet the program’s minimum eligibility requirements, have an offer of employment from a Yukon employer, and intend to live and work in the province on a permanent basis.

Which PNPs are the most popular?

The entire point of PNPs is to bring skilled workers to specific areas of Canada, so of course, one of the main requirements of almost every PNP is that you live and work in the province that nominates you for permanent residence. So, when deciding which PNP is best for you, carefully consider which province or territory you can imagine yourself living in long-term.

It’s also important to note that many of the PNPs require applicants to have some kind of connection to the province. This connection can take the shape of past provincial work experience, previous provincial study experience, or a job offer from a provincial employer.

However, there are a few PNPs that require no connection to a specific Canadian province, here are the five most popular of these programs: Alberta Express Entry, Saskatchewan International Skilled Worker, Ontario Human Capital Priorities, Nova Scotia Labor Market Priorities, and Manitoba Skilled Worker Overseas.

The biggest benefits of the Provincial Nominee Program

One of the top benefits of applying for a Provincial Nominee Program is the speed of the application process. Several PNPs offer much faster processing times than any other immigration programs.

Two other perks are that some PNPs don’t require a job offer from a Canadian employer to apply and some PNPs require only a low level of language proficiency. But the biggest, most important benefit of the Provincial Nominee Program is the Express Entry boost.

The power to select immigrants is shared between Canada’s federal government and provincial/territorial governments, and the Express Entry system manages economic immigration for both levels of government. A nomination from a province via a PNP is the single most valuable factor within Express Entry’s Comprehensive Ranking System. PNP nominees get an additional 600 points towards their overall scores, which essentially guarantees permanent residence in Canada.

Searching for a Tech Job in Canada?

Canada has a worldwide reputation for welcoming immigrants – the fact that one-in-five Canadians is foreign-born perfectly illustrates this! Canada’s population is growing, and new immigrants are one of the primary factors driving that growth. Over the next three years, Canada will welcome over one million new permanent residents.

Will you be among them?

And if you want to know whether you qualify for any of the PNPs or are seeking help with the process, please reach out to our partner Visto.ai.

Sorry, the comment form is closed at this time.