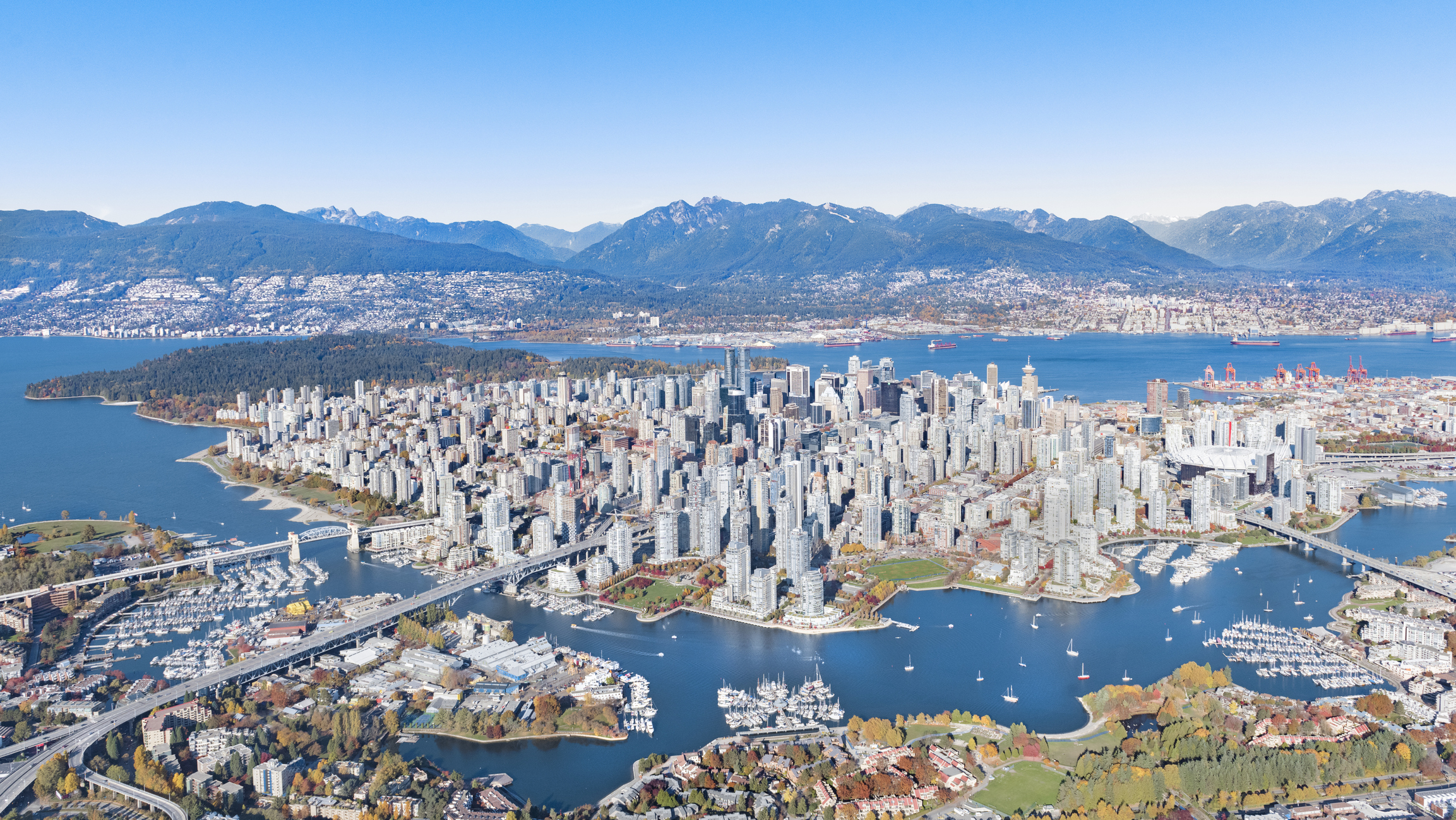 Posted at 21:00h in Uncategorized by Jane Jordet 6 Comments
4 Likes

In an effort to boost its economy, Canada is significantly increasing its annual immigration targets. So, if you’ve been considering making the move to Canada, now is a perfect time! Canada’s goal is to admit more than 1.2 million new permanent residents between now and 2023, and they’re hoping to welcome 401,000 new permanent residents next year alone.

Canada boasts more than 100 different immigration pathways, but the largest pathway by far is the economic route, which welcomes 6 in 10 immigrants to Canada. And a growing number of these highly skilled immigrants are being admitted through Provincial Nominee Programs (PNP). PNPs have been around since the 1990s, and since their introduction, they have become the second most popular pathway to obtain permanent residence for skilled foreign workers.

So let’s review what PNPs are and dive into one of British Columbia’s most famous ones – the Tech Pilot.

Is the PNP pathway right for you?

Eleven of Canada’s provinces and territories have developed their own immigration programs as a way to attract workers with specific skills. PNPs give them the power to customize and accelerate their immigration processing in order to fill gaps in the labor market, for example attracting rural doctors or experienced farmers.

One of the best — and most sought after — benefits of applying for a Provincial Nominee Program is the speed of the application process. PNP applications are first approved by the province in a process that takes two weeks to nine months, depending on the province. This approval is commonly called being “nominated” by the province. Once you’ve been nominated, your application needs federal approval which usually includes medical and security checks that can take up to six months to complete.

One of the biggest perks of PNPs is the Express Entry boost. The Express Entry system manages economic immigration for both Canada’s federal government and provincial/territorial governments. A nomination from a province via a PNP is the single most valuable factor within Express Entry’s Comprehensive Ranking System. PNP nominees get an additional 600 points towards their overall scores, which essentially guarantees permanent residence in Canada.

Canada hopes to welcome 65,000 new immigrants through PNPs annually — and while there are a number of PNPs to choose from, one of the best is British Columbia’s PNP, specifically the Tech Pilot.

Everything you need to know about the BC PNP

Dramatic coastlines, tall mountains, and lush forests — this is the tranquil scene you’ll find in British Columbia. In addition to nature-loving dioramas, BC boasts big cities like Vancouver and mid-sized beauties like Victoria and Kelowna. This western province has something for everyone — the great outdoors and a pretty desirable PNP.

In order to learn more about British Columbia’s PNP, I decided to talk to an expert: Jenny Perez.

Jenny Perez is Managing Director of Perez McKenzie Immigration, an immigration consultancy firm that helps immigrants to become Canadian residents and citizens. Jenny moved to Canada in 2002 from Peru and she puts her firsthand experience in the challenges of moving to a new country to work as an expert in Canadian immigration, including Provincial Nominations. Jenny is based in Vancouver and Whistler, so not only is she a Certified Immigration Consultant who advises clients on all Canadian immigration issues, but she is also a British Columbia local.

The British Columbia Provincial Nominee Program (BC PNP) offers immigration pathways for a broad range of workers, graduates, and entrepreneurs. BC’s PNP is one of the most varied PNPs with two streams for workers and graduates — one for Express Entry BC and one for Skills Immigration — plus an additional stream for entrepreneurs.

“The BC PNP is a permanent residency path with a work permit as part of the package. It’s an option that does not require a labor market impact assessment,” explains Jenny. “With the BC PNP, the employer sits back and relaxes. Instead you, the candidate, often a tech entrepreneur in the US, takes ownership of your own life.”

There are multiple BC PNP streams. The Skills Immigration stream is for skilled and semi-skilled workers with the skills, experience, and qualifications needed by British Columbia employers. Express Entry BC is for candidates who qualify for a federal economic immigration program and is a faster way for eligible skilled workers to gain permanent residence in B.C. Finally, the Entrepreneur Immigration stream is for experienced entrepreneurs who want to actively manage a business in B.C. or entrepreneurs who want to start a new business in participating regional communities.

Best of all, the BC PNP is fast. “It’s typically processed in five business days,” says Jenny. “Sometimes as fast as one day, sometimes as slow as five weeks, but overall, it’s a red carpet service.”

But if you’re a tech entrepreneur or worker and you want to bring your ideas and skills into Canada to turn them into reality, there’s one more British Columbia PNP that’s currently in pilot mode that might be for you – the BC PNP Tech Pilot.

If you have tech skills and are looking for an expedited immigration pathway toward permanent Canadian residency, the BC Provincial Nominee Program Tech Pilot is perfect for you! This PNP is looking for top quality tech entrepreneurs and skilled workers from around the globe to foster BC’s burgeoning technology sector. The BC PNP Tech Pilot was launched to meet the increasing demand for skilled workers from BC’s growing tech companies. The goal is to attract and retain talent while sustaining and growing BC’s technology sector.

Successfully nominated candidates are given a work permit support letter and are invited to submit an official application for Canadian permanent residence. Since its founding in 2017, this unique pathway has so far brought more than 4,200 in-demand foreign workers and international students into BC who were later nominated for permanent residence.

The first step to being eligible for the BC Tech Pilot is registering for one of the BC Skills Immigration programs. The next step is verifying that you meet the National Occupation Classification code requirements for one of the 29 in-demand occupations. Once your profile is registered, you simply follow the application procedure for the BC Skills Immigration program for which you are eligible.

There are two major benefits to being a BC Tech Pilot applicant when moving through the provincial nomination process: You’ll have your PNP application processed at an expedited rate and you’ll have access to the “concierge services” that will help you get hired in British Columbia.

A Provincial Nominee Program is the ideal path to Canada

Did you know that one-in-five Canadians is foreign-born? This trivia-worthy fact perfectly explains Canada’s global reputation of being welcoming to immigrants, and Canada is doubling down on this reputation! Over the next three years, Canada will welcome over one million new permanent residents — will you be among them?

Path to Canada helps foreign-born tech workers explore Canadian jobs and connects them with Canadian tech companies, some of which can support applicants’ Canadian permanent residence through Canada’s Provincial Nominee Program, including British Columbia’s PNP Tech Pilot. Our partners can help you determine if you’re qualified for a PNP in Canada, and then we can help match you with a Canadian tech job.

Path to Canada also helps Canadian tech companies find experienced technical talent who are seeking to move permanently to Canada. We pre-qualify applicants, so you only interview the very best global talent.

Are you looking for a tech job in Canada or are you a Canadian company seeking qualified candidates? Visit our website to learn more about how we can help you!